Sandler Global Rookie of the Year

CALGARY (March 29, 2011) – Sandler Training, the world’s leading sales and management training franchise, is pleased to announce that the Calgary-based Sandler Training® centre lead by Hamish Knox was named Sandler’s Global Rookie of the Year for 2011 at the company’s recent client summit in Orlando, Florida.

“We congratulate Hamish on embracing Sandler’s methodology and dynamic sales process so quickly to make success happen. Hamish is a great example of what makes Sandler Training work and why. He uses the Sandler® system in his own business, which says if I establish the right sales process and live by this; success will follow. I can’t think of a better example than that,” says CEO of Sandler Training, David Mattson.

Knox attributes success in his new venture to several things. First, he is able to do two of the things that he enjoys the most, teaching and selling. The second is that he believes in, lives by, and has dramatically grown his business using the process that he sells.

“My business is proof that Sandler works,” says Knox, “By establishing a plan, following a selling system, and being fanatically disciplined to your plan, success can be yours. For example, from my first day of business on May 11 to December 31, I made 1,342 cold calls."

Knox learned about Sandler Training during a chance meeting at the airport where he ran into his former boss and mentor who happened to be traveling at the same time. Knox had hit the glass ceiling twice at the company he was working for and was looking for a new challenge. It was this colleague that suggested he take a look at Sandler Training. That night Knox looked at www.sandler.com and he was hooked. He contacted the company the next day to inquire about owning a franchise. The next step was to secure financing.

To do this, he reached out to several area banks and ended up obtaining a loan through acceptance of a business plan and application via the Business Development Bank of Canada though a program offered by the Canadian Youth Business Foundation.

Sandler Training specializes in working with business owners, executives and entrepreneurs who have growing businesses who feel: Concerned their sales team isn't prospecting enough, worried that their team is wasting too much time preparing proposals and presentations and that are frustrated with prospects who only want a quote. 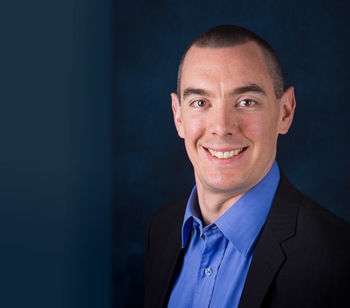 Sandler Training offers customized recruiting and training solutions that help companies identify, train and equip their salespeople for success. Sandler Training is the leading provider of sales and management training, with over 250 licensed trainers in 29 countries. The company provides a full range of sales and management training programs, with powerful coordination and customization benefits throughout its extensive franchise network. The company also anticipates the release of Sandler Training's latest book, Sandler Success Principles - the companion book to the bestseller The Sandler Rules which is available April 17th! Among its many achievements, Sandler has been awarded the #1 ranking for training programs in Entrepreneur Magazine’s “Franchise 500” nine times since 1994, most recently in 2010. The company website is located at www.sandler.com. Follow Sandler Training on Facebook.com (Sandler Training), Twitter.com at Sandler Training, and at Sandler Worldwide on YouTube.com.