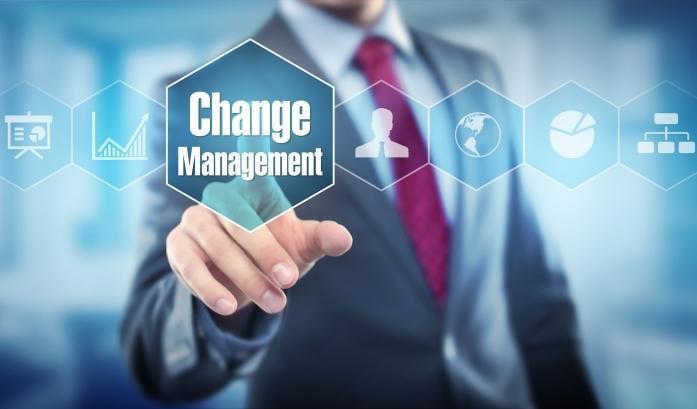 There's a lot of talk about "times of unprecedented change," which is true. Unfortunately for leaders people don't change, they transition.

Change is external and impersonal like a light switch - we go to our office today and tomorrow we work from home. That's change.

Humans on the other hand go through four stages of transition that are similar to the work of Elisabeth Kubler-Ross, who created a similar model to describe human responses to mortality.

Those stages are denial, resistance, exploration and commitment.

In a typical corporate change situation the leader goes through the stages of change back when they start thinking about the change whether that's a corporate move or a new benefits plan. They are then shocked when they roll out the change that their team doesn't immediately say "great idea, boss! Let's do this!" because they forgot they went through the transition stages months ago that their team is now starting.

What's different during these temporary interesting times is that everyone is going through the stages of transition at the same time. We all move through the stages faster or slower than others and some might never get out of a particular stage.

As leaders we must also remember that each team member has other people in their life, whether that's living with family or communicating remotely with friends, who are also going through transition faster or slower than our team member and those personal influences will affect our team member's mindset and activities.

To successfully support our people during transition start with the three greatest gifts a leader can give - permission, protection and potency.

Permission: Often a team member’s biggest fear, especially during change, is failing. Leaders should give permission to fail (because people will) to reduce resistance and encourage exploration.

Protection: When a team member fails, don’t use it as a “gotcha” moment. Instead, turn that opportunity into a coaching moment and support your team member to move to the exploration and commitment phase of their transition.

Potency: Allow your team members to perform in their roles without you micromanaging or doing things for them. In cases where a failure could be catastrophic (like flying an airplane), potency could include practice in a simulator. In a case where failure could result in reduced productivity or lost sales opportunities, potency may include role-play and support documentation.

Observe each team member's behavior (including communication) to get a sense of what stage they're at in transition. When a team member starts talking about or offering suggestions for new ways of being successful in our new reality they are in exploration. We aren't in the commitment stage until we start doing proactive activities to be successful in our new reality like using video conferencing software for team meetings.

Especially in crisis we must respect that we are managing a group of individuals instead of a team each with their own hopes, fears, dreams, scripts and worldviews most of which are different from ours.

As we move through these temporary interesting times success will come from supporting each team member in managing their journey through the stages of transition and keeping them in motion towards realizing their personal goals.

Until next time... go lead.

Parts of this article were excerpted from Change the Sandler Way - Understanding the Human Dynamics That Cause New Initiatives to Succeed. To get a chapter of the book go to https://www.hamish.sandler.com/resources/sandler-books/change.