How to Coach Salespeople Through Technical and Conceptual Challenges 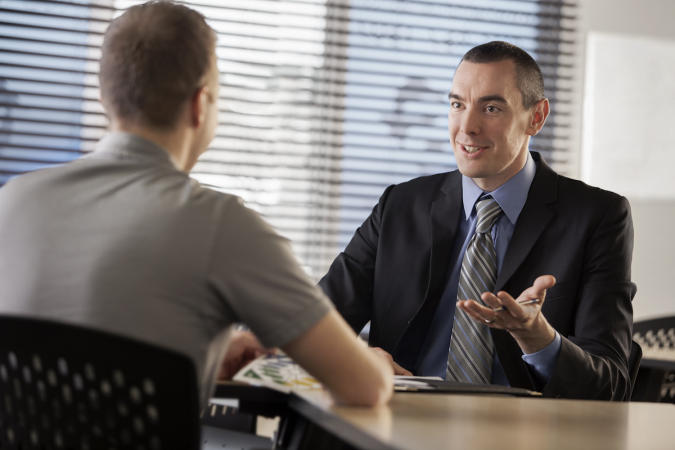 Thanks for sitting down with me, Salesperson.

You’re welcome, Manager. The meeting invite said, “coaching on decision timeline.” What did you mean?

Glad you asked, Salesperson. Over the past three weeks I made a note on the Henderson opportunity, the Smidgen opportunity and the Olafsen opportunity you were moving to a proposal without understanding each prospect’s deadline for implementation, which is a crucial part of our qualification process. In my experience one time is a coincidence, twice is a pattern and three times is a habit. Habits are easy to break when they’re just forming so I thought to call this meeting to support you in your development. Are you comfortable with that?”

Um, I guess, Manager. Those opportunities would be huge for me and our company. I guess I got excited and skipped a step.

That’s probably true, Salesperson. Before we go on. This conversation is about supporting your development. Nothing is meant as an attack on you, personally. Fair?

Hmmm, I’d say it was a technical issue, Manager.

I’m a little confused, Salesperson. Asking about implementation date, and all of the ways to ask that question, is a regular part of our role plays and it was a question on your pre-call plan for all three opportunities before your last meetings with each. Help me understand how you got to “technical.”

That’s normal, Salesperson. Walk me through what goes on in your head when a prospect tells you they’ve met with a competitor.

Well, I start thinking that I have to “get ahead” of my competitor because they’ve probably submitted a proposal already.

That makes sense, Salesperson. So when you ask your prospect about their conversation with the competitor, especially as it relates to promises the competitor might have made, what information do you gather?

Huh. Let’s put that down as a “technical” issue, Manager. I didn’t know I could ask that.

I’ll accept that, Salesperson. That’s on me. Yes, you can ask your prospect’s anything if you do it gently.

Okay, I get that.

Good. I’m still wondering what makes you believe you have to “get ahead” of your competition.

It’s probably because in the industry I worked in before I came her you pretty much had to be the first in the door with a prospect or you ended up being the second or third quote they would use to beat the vendor they selected.

That happened to you?

Both ways. Being the quote or being beaten with the quote.

Did you ever get business when you weren’t first in the door?

Yeah. I did, actually.

Tell me about those times.

It was a while ago, but I remember my client telling me after we closed that they appreciated me focusing on finding solutions to their problems instead of dropping a proposal with a bunch of options that didn’t seem much different except for the price.

Great. Differentiate on how you sell not what you sell. How could those experiences support you now?

If I stick to my process I’ll spend less time “quoting and hoping” as you say. Right?

I like it, Salesperson. How can I support you from here?

Would you say “stick to your process” when you see me heading out the door or text me?

I probably can’t do that before every meeting, but I will for at least one per week. Would that be a good place to start?

That would be great.

Perfect, when’s your next meeting with a prospect?

It’s tempting to dive right into solving “technical” problems, which tends to create learned helplessness because the real problem is conceptual. Resist the urge to put on a cape and rescue. You’ll create a self-sufficient team of high performers.